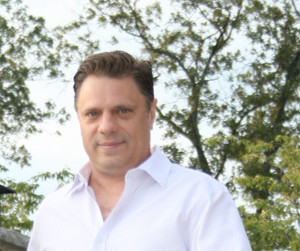 For over 40 years Joseph Di Staulo Jr. has been in the construction industry. The oldest of three sons, Joseph was mentored by his Father who founded Joseph Di Staulo Homes in 1957. From an early age Joseph worked, and was taught good work ethic. He started with his Father as a laborer on job sites and was proﬁcient in the expediting of projects, as well as a clerical administrator. He was able to work full time at his father’s company while attending college, and tracking various residential renovation projects. In 1982, Joseph graduated Cum Laude from Fairleigh Dickinson University with a degree in Construction Engineering. It was at that time that his career as a builder started to take off, running various joint venture projects that included residential home renovations, single family homes, multi family homes, town homes, and commercial buildings – all while still working alongside his father, Joseph Di Staulo Sr. The Di Staulo Construction Company would grow exponentially between the years of 1979 to 1986. At a time when Senior could have retired, it was the drive and push of Joseph Jr., which would inspire his father to stay in the business. In 1989, Joseph would be appointed President of his father’s company. The decision to name Joseph Jr. as President was based upon his understanding and his ability to construct the more complex and the most intricate custom homes. Realizing that one the most important parts of the building process is managing client expectations; Joseph has taken this part of the process very seriously. All of these skills and his ability to get it done the way his father built homes is what makes him one of the most sought after builders in our area. Joseph decided to independently create his own construction business named, Di Staulo Construction I, LLC in 2001 following his father’s retirement. It was at this time that his brothers decided to go their separate ways. In 2012, Joseph reinstated his namesake company, Joseph Di Staulo Homes, honoring what his father started back in 1957 and now operates with ofﬁces in Cresskill and Alpine, New Jersey. Through his vast work experience and relationships with specialty vendors, Joseph has honed his talent, specializing in the development of state of the art custom luxury homes that incorporate sustainable building practices, theaters, indoor swimming pools, indoor & outdoor sports courts, ﬁber-optic lighting, golf simulators, sauna, steam, and indoor spa rooms to name a few. His talent as a builder is more than understanding the complexities of building large custom homes. He dedicates himself to meeting, discussing and implementing all client goals, creating lasting relationships with his clients as well as with the communities he serves.

Joseph works as Di Staulo Construction I, LLC, aka Joseph Di Staulo Homes. Specializing in the building of custom single-family homes, and has the resources to build non residential projects, such as commercial buildings,retail and ofﬁce space.